Tennis is one of the few sports where an Olympic gold medal is not the pinnacle and the main goal. The reason is simple: there is nothing cooler in tennis than Grand Slam tournaments. 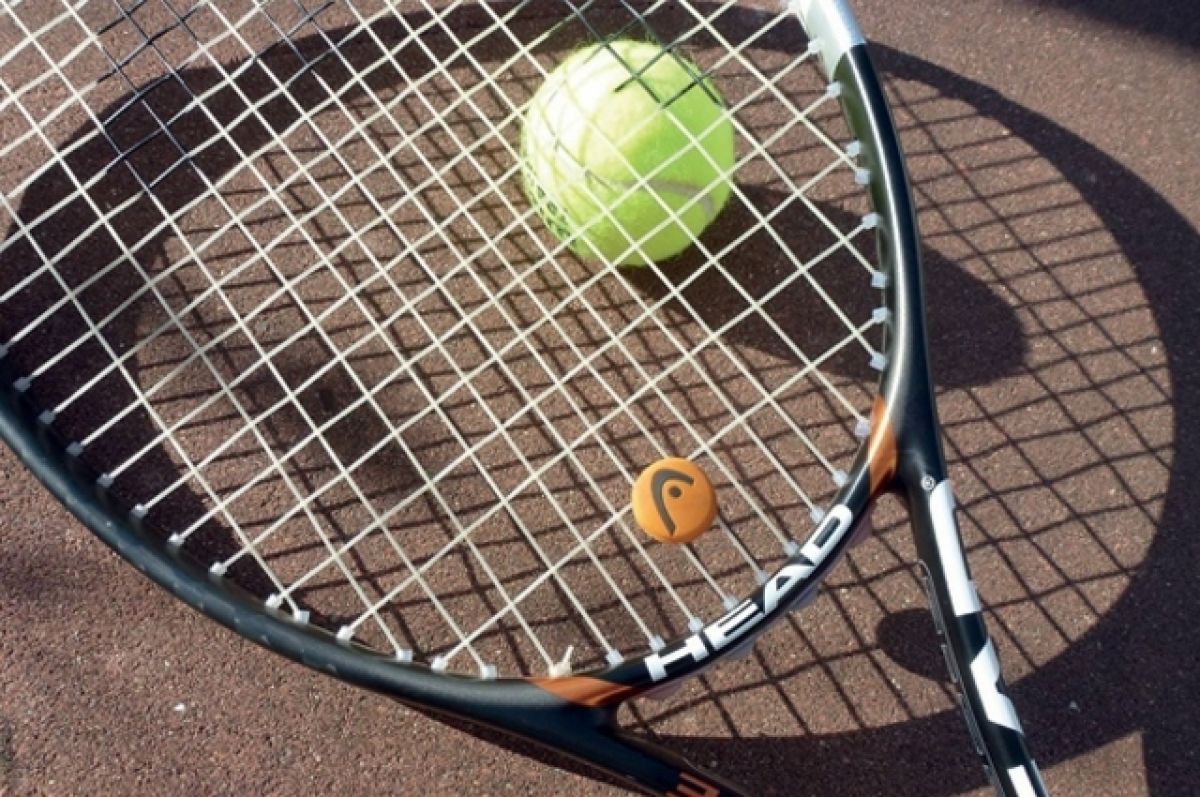 What kind of tournaments are these?

The four Grand Slam tournaments, or majors, are the Australian Open, the French Open, Wimbledon and the U.S. Open. In English they are called Grand Slam Tournaments.

These tournaments earn the most ranking points. Winners of the singles Slams earn 2,000 points, twice as much as the champions of the top men’s Masters and women’s Premier tournaments. Players who are eliminated during tournaments also get a nice payout. For example, a player who loses in the fourth round of a major is awarded 240 points. This is only 10 points less than the number of ordinary tournaments held during the season, such as the Kremlin Cup in Moscow or the Argentine Open.

The Australian Open is traditionally held in the second half of January. The Aus Open 2021 is an exception to the rule, starting only on 8 February. The first Grand Slam of the calendar year, the Australian Open is played on a hard court and enjoys some of the harshest weather with stifling heat. In the first decade of the 21st century, the Australian major was one of the most unpredictable TBS results: in the men’s singles several times even players who were not in the top 15 seeds reached the finals, and in 2002 one of these underdogs, Swedish Tomas Johansson, became the champion of the tournament. 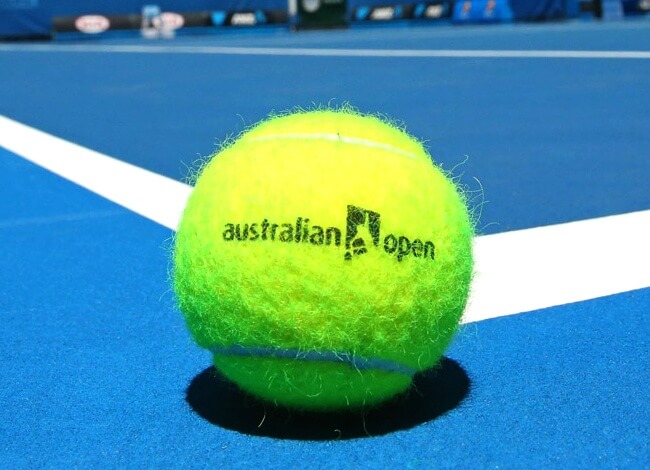 The French Open (Roland Garros) is usually held between May and June. The exception was in 2020, when, due to restrictions related to the COVID-19 pandemic, the time of the tournament was moved to autumn.

The French Open is played on clay courts and is perhaps more affected by rain than other majors, because of which the organizers often have to reschedule matches and tighten the schedule of game days. A roof over the main court of the playing complex did not appear until 2020, later than at all other Grand Slam tournaments. 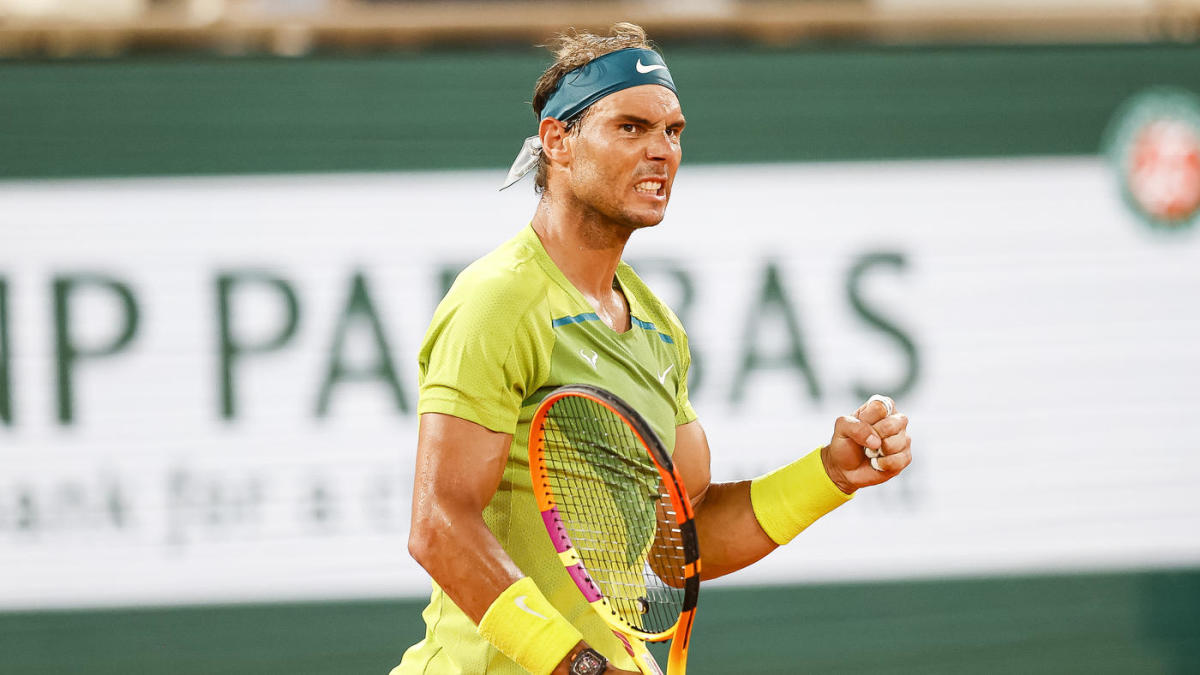 The oldest tennis tournament on the planet takes place on the courts of the All England Lawn Tennis Club in July, sometimes touching the end of June. Matches are played on grass, the rarest surface on the professional tour. In addition to this, Wimbledon is famous for a number of other features: 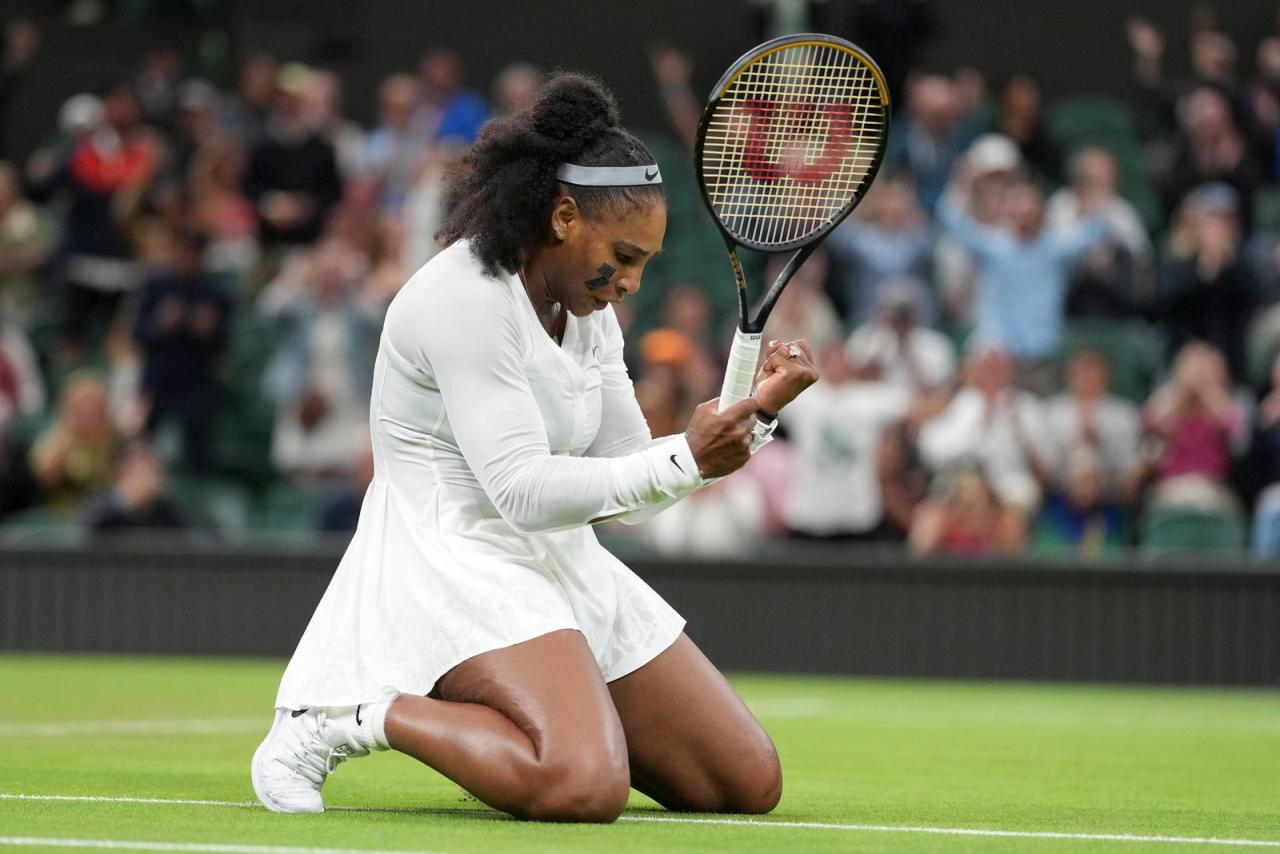 The U.S. Open generally begins in late August and ends in mid-September. The main court, named after the tournament’s first winner, Arthur Ashe, seats 23,771 spectators, making it the largest tennis arena in the world. The US Open matches are played on hard, but the American major is “faster” than the Australian, giving a slight advantage to the more attacking and risk-taking players.

Unlike the other three Grand Slams, the US Open is not dominated by one of the so-called “Big Three”: Roger Federer, Novak Djokovic and Rafael Nadal. The Serb has won nine times in Australia (a record), the Spaniard has 13 titles in Paris (a record), and the Swiss have won eight times at Wimbledon (also a record). In the United States the Big Three are much more evenly matched, with five wins for Federer, four for Nadal and three for Djokovic. 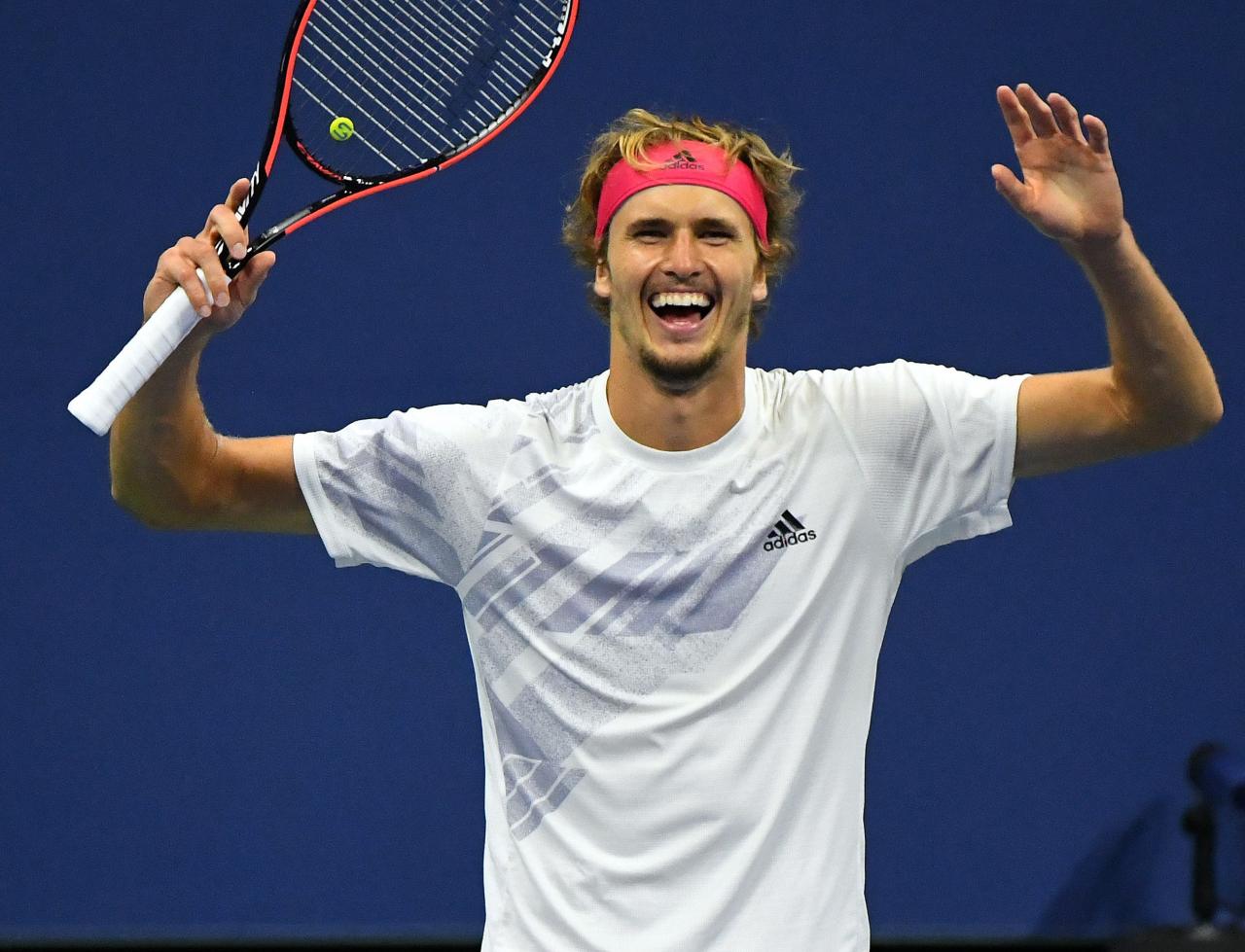 Jimmy Connors and Pete Sampras (both in the US), Roger Federer (Switzerland) – 5 titles

Chris Evert and Serena Williams (both of the US) – 6 titles

Is it possible to win all the majors?

Yes, but it’s a very difficult task. In tennis slang, such an achievement is called “Collecting a Grand Slam”. Only five players were able to do it in one season (i.e. calendar year).

Today’s tennis players find it even more difficult to collect a Slam than their predecessors. The reason for that is the serious differences in the surfaces on which all four majors are played (until 1978 they were played only on grass and dirt) and a much tighter playing schedule with constant flights around the world.

American tennis player Serena Williams has twice managed to win four Grand Slam tournaments in a row. In 2003, Serena became a champion at Roland Garros, Wimbledon and the US Open, and then, in the new season, she won in Australia. In 2014, she won the US Open, followed by the Australian Open, French Open and Wimbledon in 2015.

Novak Djokovic was the closest to winning a calendar Grand Slam on the men’s side. He won his first three majors in 2021 and reached the final of the US Open, where he lost to Russian Daniil Medvedev without taking a single set. Djokovic’s leading rivals Roger Federer and Rafael Nadal also won three majors a season (Federer three times, the same as Djokovic; Nadal once), but neither the Swiss nor the Spaniard has managed to run up a winning streak of three titles since the start of the year to approach the US Open with a chance at a calendar Grand Slam. 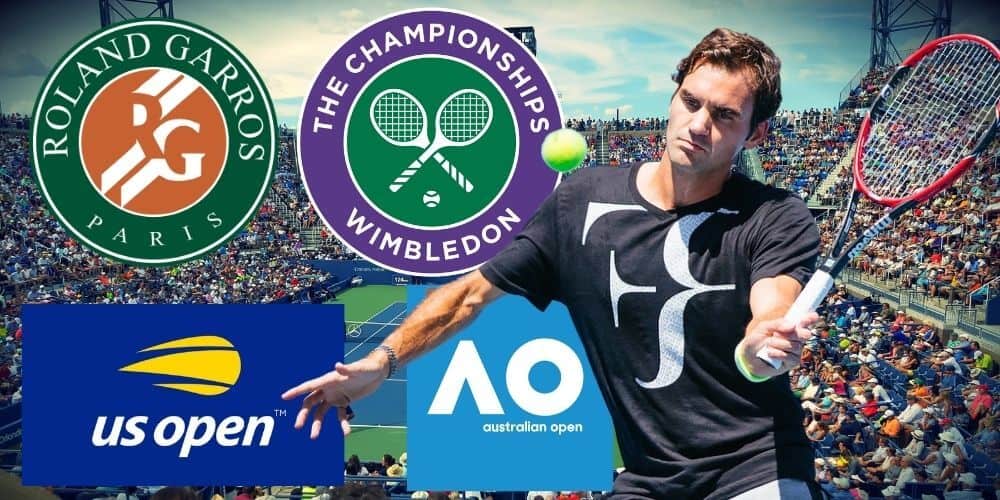 Nevertheless, the entire men’s Big Three has a so-called career Grand Slam – titles at all the majors, regardless of the year or sequence in which they were won. Federer achieved this in 2009 by winning Roland Garros, Nadal in 2010 by winning the US Open, and Djokovic collected a calendar Slam in 2016 by taking the title at the French Open on his 12th attempt.

In addition to the Big Three, American tennis player Andre Agassi has a similar achievement, having collected a career Slam in 1999 after winning the Roland Garros. Agassi became the first player in history to win all four Slam titles on three different surfaces.

For women, the Open era career Slam was won by Chris Evert, Martina Navratilova, Billie Jean King (USA) and Maria Sharapova (Russia). Prior to the Open Era, all four majors were also won in different years by American Shirley Frye and Doris Hart.

Who has the most wins at the Slams?

Until 2022, the men’s singles scene was unique, with Federer, Nadal and Djokovic each holding 21 TBS titles. At the Australian Open, the Spaniard won an outstanding victory, defeating the main favorite of the tournament and reigning US Open champion Daniil Medvedev in the final, losing 0-2 in the course of the match. This gave Nadal the lead in the “Big Three” clash. Federer’s chances of winning another title at the majors seem slim. The Swiss is 40 years old and has hardly played in recent years because of injuries. On the other hand Djokovic, who is six years younger than Roger and a year younger than Nadal, is fit and fully motivated.

In women’s singles the sole leader in the number of victories at the “Slams” remains Serena Williams, who has 23 titles under her belt. The American is unlikely to shake her position in the foreseeable future: her closest rival, Naomi Osaka, has four wins at the majors.