An important condition for a quality game of tennis is, of course, the court. The playing field is a large, flat area bounded by lines around the perimeter. And, depending on the preferences of the player or the nature of the tournament, may have a synthetic or natural surface. Also, if the court is open, its longitudinal axis is oriented strictly in the direction from north to south. With this arrangement the sun will not dazzle the players at any time of day.

There are several types of tennis court surfaces. It significantly affects the bounce of the ball during the game. All types are suitable for the game, but have different technical characteristics. Based on these, a player can build a strategy and choose the right one for him. That is up to the fact that many professional tennis players show their best performance on a particular type of surface. And they show very mediocre results on a different type of surface. 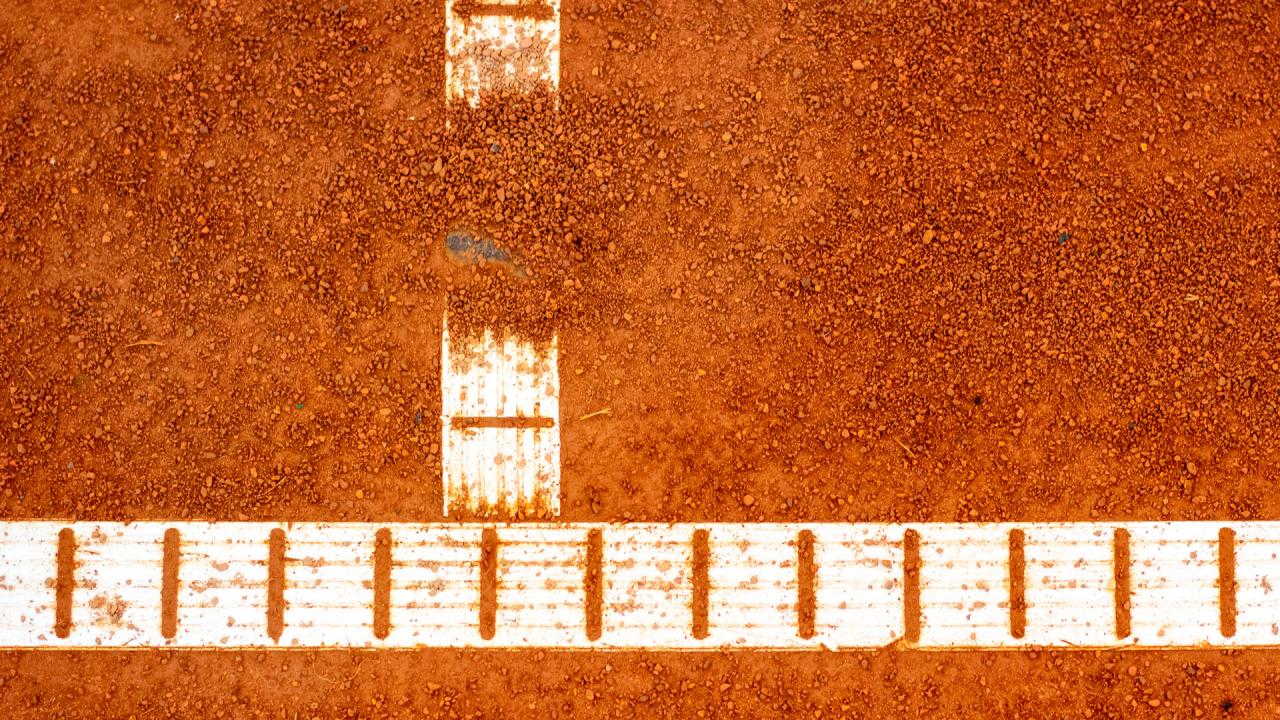 For the first time, this type of courts, mentioned in 1880. Their appearance the world owes to the British Renshaw brothers and their attempts to build a grass court in a hot Mediterranean climate. With the drought, grass was not growing well and they had to look for a way out. They decided to try the game on the ground by first sprinkling it with ceramic dust. This was done to improve the drainage properties of the surface.

Gradually such fields for the game came to the taste of many players. In 1927, limestone was used for the same purpose, as well as to improve fixation and softening of the cover layer.

The bounce rate of the ball on this surface is directly proportional to its thickness. The thicker the layer and the more it is irrigated with water, the slower the ball will bounce on impact. Also, the ground allows the player to slide around the court in preparation for hitting.

Ground courts are most often made in two colors – green and red. The most common is red, it is also called tennisite. Its distinctive feature is the ability to quickly drain excess water during rain. But at the same time, it continues to keep the necessary moisture decking for several hours.

Tennissit consists of tile or brick crumbs of very small fraction. It also includes red clay of fine grinding, slaked lime and a few other special additives. Experts assure that in the heat, the temperature of the ground surface is generally 20 percent lower than that of concrete or asphalt.

The main feature of these courts is a soft surface and rather slow bounce of the ball. Under such conditions, the player can better control the ball and longer do not take it out of play. Just the soft surface significantly reduces the load on the player’s joints, and cares ligaments. But this feature is the main disadvantage. The ball does not always bounce on a straight trajectory.

Ground green is also called the “American”. It is very similar to the standard red. Distinctive is the fine grinding of crumbs, which is sprinkled on the coating, it is almost a dust. Because of this, it is more dense, respectively, much faster than red. A characteristic color gives it a green mineral from the volcanic basalt rock – diabase.

This kind of coating does not retain moisture, so its surface layer is not subject to softening. Also, thanks to the good drainage properties, it does not deform under the influence of extremely low temperatures. Green soil is used both for indoor and outdoor courts.

The advantages of both green and red are: 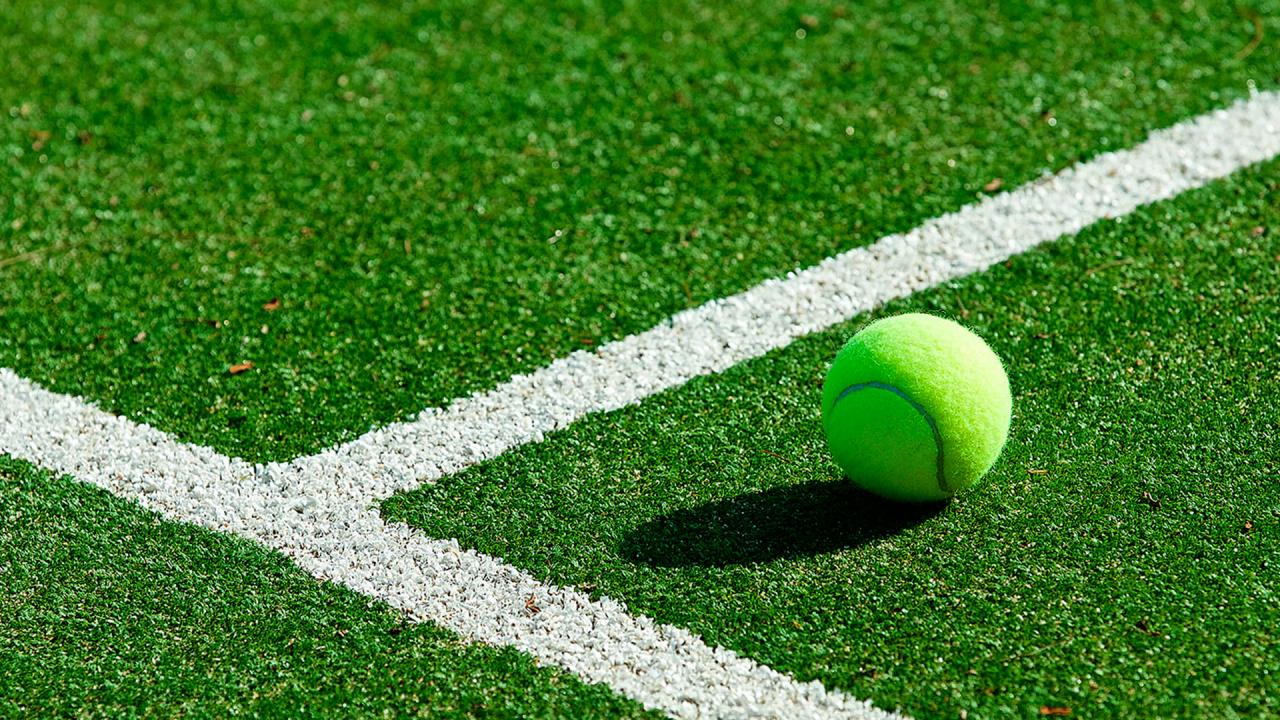 Grass is the fastest surface to play on in large competitions. The only thing faster is some synthetic flooring in gymnasiums. The bounce is very low, though its speed can be varied. You can change the bounce of a ball on grass by growing it in a certain direction. And by cutting it to the right length.

The grass court is kept dry all game day, this is done so as not to reduce the bounce height even further. The probability of incorrect bounce on this type of surface is a little higher than on others. It increases due to unevenness of grass cover. Bumps and hollows, or bushes on the contrary, can spoil the strategy of the game. So the court quality directly depends on the state of the grass cover on it.

Such courts are very demanding in the care and construction. For their creation use a special kind of grass, and grow it on a well fertilized sandy soil. Watering each court is strictly individual. And it is determined by the condition of the turf.

This type of coverage has not a few disadvantages. The limited life cycle of grass, low wear resistance and a very long recovery period. Constant watering, fertilization, as well as treatment of diseases of the plant base. All this makes the construction of such courts economically unprofitable. On top of all this, they are also traumatic. 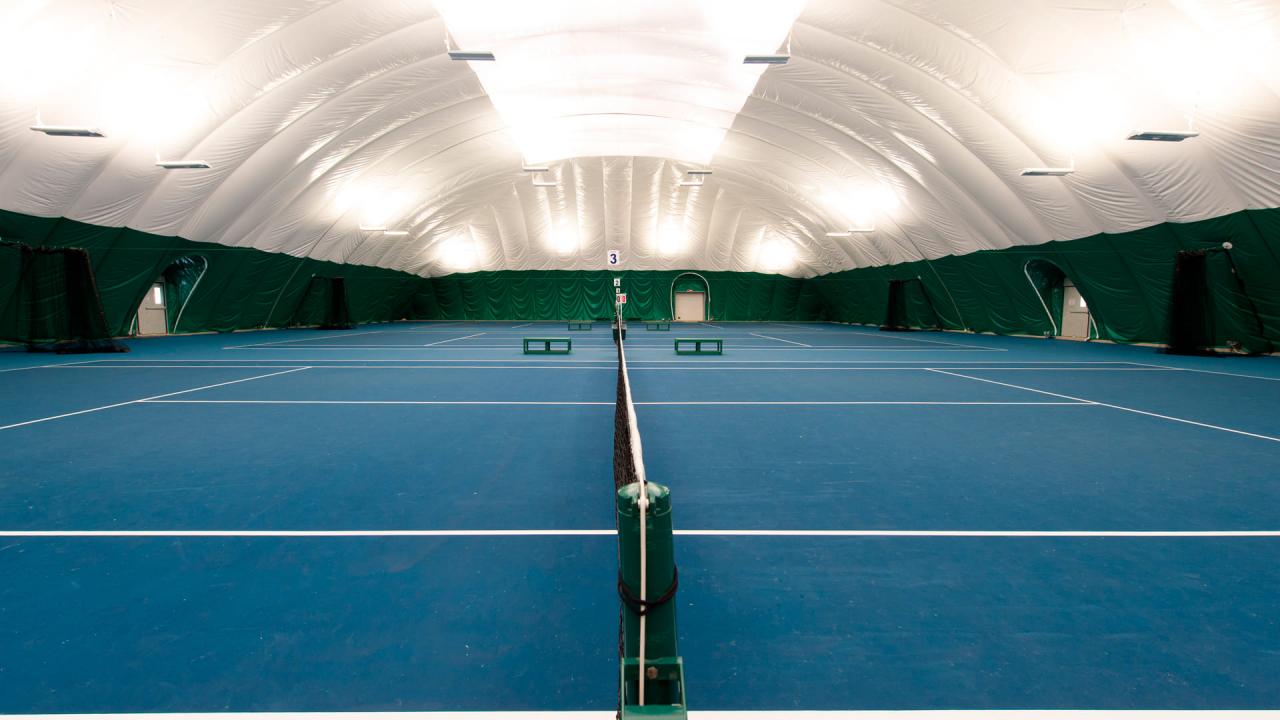 This is a generalized name for the artificial sports surfaces of tennis courts, although they have a number of very notable differences. Its composition includes:

The base for outdoor courts is most often the base of asphalt. When building an indoor court use concrete. Black poured coating is made from a compound of rubber and rubber in several types of fractions. The emulsion solution of acrylic acts as a liquid pouring material. The colored layer, traditionally, is used for softening. They are made of poured rubber. They are coated with a solution, which is based on silica sand. Previously it is melted at high temperatures and grinded.

Hard is divided into two basic types: “Clean Hard” and “Hard Cushion.” The first is also called the “Classic” system and consists of only three acrylic layers, without softening layers. The first layer is a leveling layer and two finishing layers. This coating is common in the world of professional tennis.

“Hard Cushion” in turn is divided into another class “Comfort” with six layers in the composition of the coating and “Premium”. The latter has as many as nine and six of them are cushioning. Comfort” has only three softening layers.

The softening components are poured rubber or rubber granules of varying degrees of crushing. The more cushioning layers, the more comfort for the player’s feet. This technology significantly reduces the shock wave on the foot and ankle joint. The risk of injury to the foot in this case is minimized.

The total thickness of all the filler layers does not exceed 5.5 mm. Their number has no effect on the performance of the game and the height of the ball bounce. These values can be provided knowing the quantity of sand in a finishing layer. The smaller quantity in the composition of the sand, the indicators are higher.

Among professional players such a cover is also called “Hard coating system. In simple terms, it is an acrylic coating of a tennis court.

Overlaying the court with acrylic offers both advantages and disadvantages. Despite the disadvantages, it is currently the most popular type of coating in the world. The pros include:

Artificial turf of a tennis court 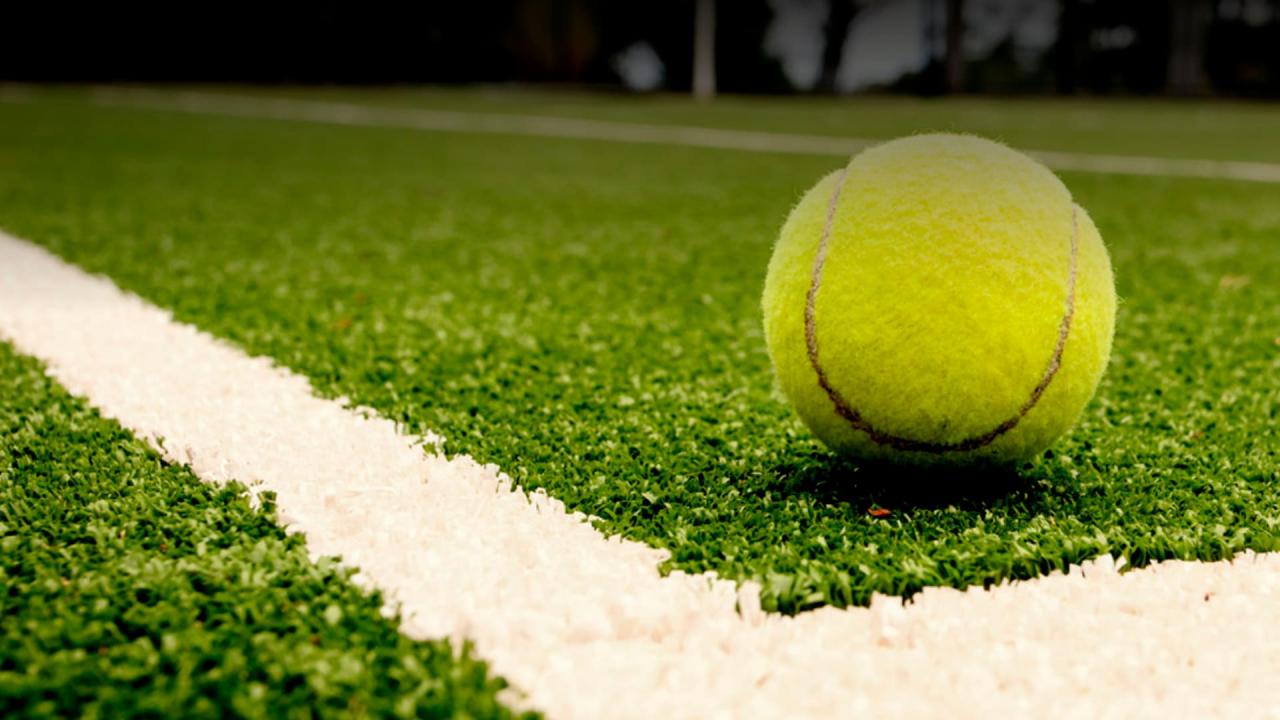 There are several types of fully synthetic playground coverings. These include teraflex, carpeting, artificial grass and soil.

Teraflex is a non-natural roll covering that has a base, a substrate and a top layer. The base is usually concrete asphalt or wooden floor of the gym. The second soft layer is made of foam plastic. Its thickness determines the speed and height of the ricochet of the ball. Close it all with a layer of textured vinyl, its thickness is not more than two millimeters.

To facilitate maintenance work is sometimes even applied a layer of polyurethane. It also prolongs the life of such a court. Or players are required to have special tennis shoes that do not leave marks on the surface of the court.

Teraflex by the characteristics of the ball bounce is identical to the ground surface. But its structure helps twist the ball after ricochet.

This material is designed only for indoor courts with a constant temperature. It should be completely excluded from precipitation in the form of rain or snow. Exposure to direct ultraviolet rays is forbidden. Its main advantage is ease of maintenance and shock absorption.

Carpeting is a synthetic carpet. It is laid on a hard, even surface. Usually this is asphalt, wood or concrete. It is transported in the form of rolls or finished laying modules. In order to make a tennis mat faster, it is dotted with many small granules of rubber. This allows you to simulate the ground surface.

Such courts are mainly put inside the pavilions. The strength and height of the ball bounce varies depending on the thickness of the surface. As well as the structure and material of which it is made.

The most significant disadvantage of carpeting is its high cost and deformation when the temperature increases. Of the positive characteristics is to soften the load on the feet and spine players.

Artificial grass can be called a subtype of carpeting. It is laid on the base of asphalt or concrete. It is made of synthetic filaments, which are sewn into the base of polyethylene. The very same fluff is made of polypropylene. Due to this fact such grass is cheap enough, but at the same time it is resistant to wear and tear.

As well as the carpet synthetic grass is filled up with rubber beads or quartz sand. Such a backfill performs a drainage function. It also supports the tufts in a vertical position. To improve the “bounce” of the ball this surface is equipped with sprinklers.

Depending on the number of bulk granules coatings are divided into three types. Bulk have a pile height of 18 to 22 mm. Semi, with a height of 12 to 18 mm also have a greater density of piles. And the loose, with the lowest pile height of 8 to 12 mm.

The main disadvantage is the high price. Pluses are undoubtedly more, they include durability and unpretentiousness in care.

Synthetic primer consists of polyurethane granules. Very easy care and recovery, does not need watering, resistant to atmospheric phenomena. It is very comfortable to play on it. When installing such a court, you can adjust the bounce rate of the ball. This is done by adding additional intermediate layers.